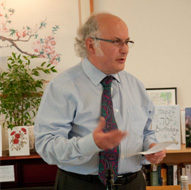 Robert has been active in NAPE since 1986 when NAPE SE London was established as a university based branch and was elected as its first chair, remaining in post until 2013. His professional background is in initial teacher education, having been involved in higher education since 1973, and retiring from full-time work and the role of Director of Learning and Quality for the University of Greenwich School of Education in 2007. On the national front he was very active in the National Primary Teacher Education Council, serving as its secretary from 1992 to 2002 and as chair from 2002 to 2007. Since retirement from full-time work, he continued to support the University of Greenwich as a part-time link-tutor in schools alongside external examining for other universities. Semi-retirement has enabled him to develop his interest in school governance, both as a chair of governors in a Greenwich primary school and as a national leader for governance. Currently he is also chairing the Primary Umbrella Group, a forum for representatives from the teaching unions and associations  like NAPE, with a strong interest in primary education.

Mike first joined NAPE when he was deputy headteacher of a large Community Primary School in Cambridgeshire.  He  joined the NAPE Cambridgeshire branch committee in 1984  and eventually became chair. The Bedfordshire  committee 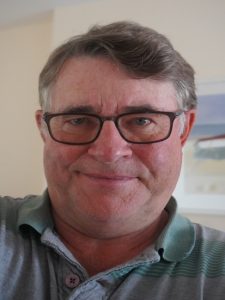 organised several Festival of Voices in Luton and Bedford plus the normal workshops and speakers. Mike joined the National Council and became Eastern Region Co-ordinator and later, National Treasurer for NAPE. Whilst on the National Council, Mike was web master of NAPE, NAPE Enterprises and School Council websites. Mike later started NAPE Enterprises with John Coe to generate more income for the charity. Mike left his headship after fourteen years and successfully completed an MPhil in Educational Research at Cambridge University. After leaving Cambridge and his school, Mike joined the staff at the University of Bedfordshire. He lectured and designed courses for a BA in Education, BEd and the MA in Education for serving teachers. It was during that time Mike decided to step away from the Council at that time so he could conduct some educational research at the University. His main focus was researching the varying ways of managing teaching assistants associated with the leadership styles of primary school headteachers. Mike is now retired and has recently re-joined the National Council and is a governor of a local lower school. 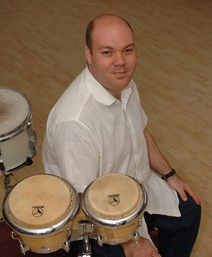 Mark has been a professional percussionist for 25 years and combines his performing career with teaching drums/percussion and providing whole class rhythm workshops for schools . He is the creator/host of the Education on Fire Podcast Network where he gets to share creative and inspiring learning in our schools. Mark is passionate about supporting teachers to deliver music which he does through his membership site Primary Music on Fire. 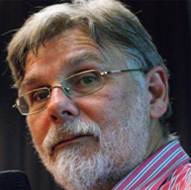 Peter has been in education professionally for 40 years, teaching in Middle Schools in Oxford, doing advisory work, teaching Higher education and as a Primary Headteacher at Harwell Primary School. He retired from that post in September 2014, but  continued as Chair of OPHTA (Oxfordshire Primary Headteachers; Association), was elected to become Chair of the National Network of Chairs of Headteachers’ Groups in June 2014. He has been a member of NAPE since 1999  and  became a NAPE council member in 2015, serving on the editorial board for Primary First since 2017 and becoming Information Officer in 2018. In January of 2015 he co-founded the Oxford School of Thought, an independent Education Think Tank. He is a trustee of another charity, Full Circle, which is well regarded for its ground breaking intergenerational work. He is a board member of Active Oxfordshire, (the County Sports Partnership). He is an Associate Lecturer at Oxford Brookes University, as a part time supervisor for students training in schools to be teachers. He is part of the management team for  Oxfordshire’s Headteacher and Deputy Head Conferences. 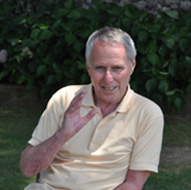 Past editor of Primary First

John Coe began teaching in Essex. After primary headships, first of a small rural school and then of an urban school serving an underprivileged community; he joined the West Riding of Yorkshire authority as Inspector of Schools. His second local authority appointment extended over 16 years as Senior Adviser to Oxfordshire. In 1984 he moved into Higher Education as Course Leader of the PGCE Primary Course at the London Institute of Education. A later move to Oxford Brookes University involved him in research and both initial and in-service education. He is a Fellow of the University and a founding member of NAPE.

Robert has 12 years’  experience as a primary school teacher from schools in Torfaen, Southwark and Bexley. He was a mathematics, assessment and history coordinator, 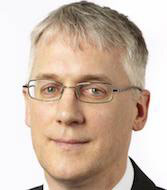 a teacher governor, well-being officer and an assistant headteacher. He was appointed to the University of Greenwich in 2007 as a senior lecturer in Education & professional Studies. Robert’s doctoral (EdD) dissertation explored the perceptions of trainee teachers working with teaching assistants. Robert is a Fellow of the Higher Education Academy and external examiner at the University of Wolverhampton. Robert is the vice-chair of SACRE for the Royal Borough of Greenwich, chair of the Agreed Syllabus Committee for the same borough and a trustee of the Compass multi-academy set of schools, also in Greenwich. 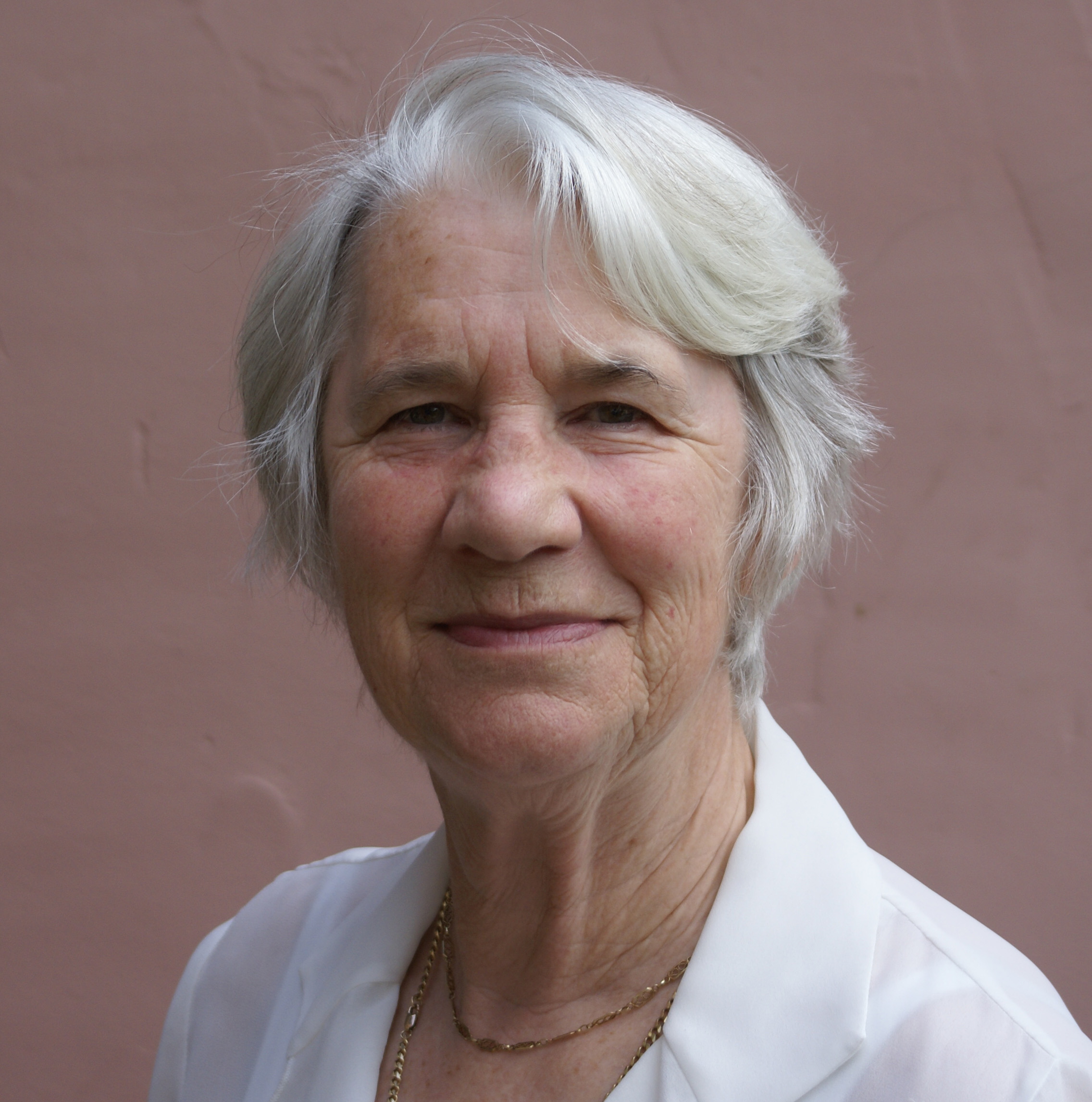 Wendy Scott is a Froebelian early years teacher with extensive experience in the PVI sector as well as schools. Headship of a demonstration nursery school was followed by a senior lectureship at Roehampton University, where she co-ordinated the original advanced diploma in multi-professional studies.   Wendy has been an early years and primary inspector in London, and has worked across England as an OFSTED Registered Inspector and trainer. She led The British Association for Early Childhood Education and chaired the national Early Childhood Forum before becoming a specialist adviser to the DfES, and working abroad with the British Council and UNICEF. She is currently President of TACTYC, the Association for Professional Development in Early Years, and has judged the Nursery World Nursery of the Year competition since 2008. She was awarded an OBE for services to education in 2015. 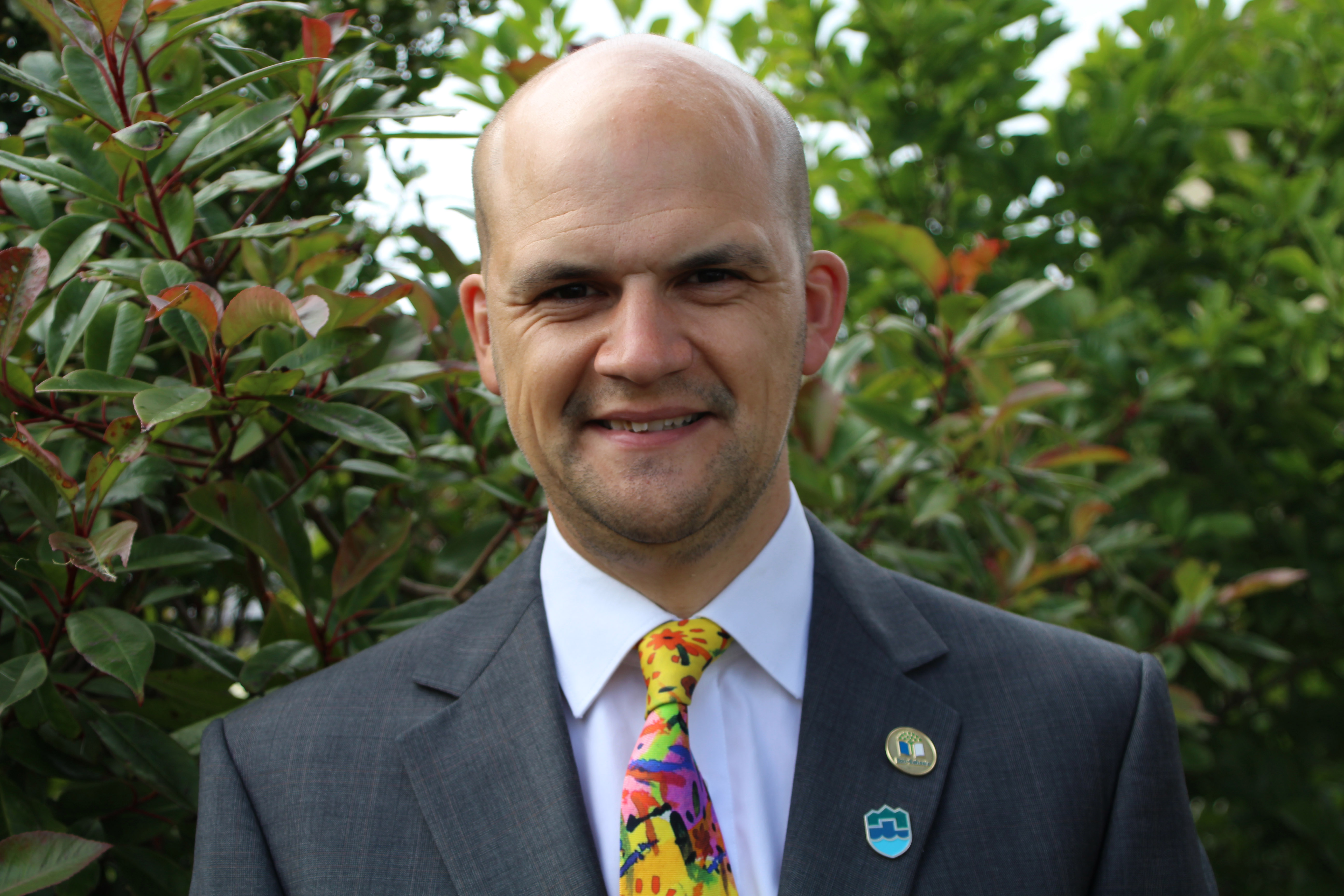 I am a teacher and Eco Coordinator at Damers First School, Dorchester where I have built up the eco work over the last 8 years. I have helped the school to achieve the Eco Schools Green Flag three times in 2016, 2018, 2020 In 2019 we were Eco Schools Primary Eco School of the Year, Surfers Against Sewage Plastic Free Schools Champion and Jane Goodall Roots and Shoots Best Group titles we will keep until 2021.  With the help of volunteers I started a school garden from scratch. The school gained RHS 5* status in 2017. For three years running the school won the Young Enterprise Fiver Challenge with their environmentally friendly raising a total of £7500 in the process which was used to fund a nature area with pond and a giant solar powered stopwatch for the playground. I started the Plastic Free Dorchester campaign with the Damers children who have made the school single use plastic free and helped the town to achieve Surfers Against Sewage Plastic Free Community Status in July 2019. The children and I took our “All in” Deposit Return Campaign to Westminster with CPRE and met Michael Gove and the children appeared on Newsround. 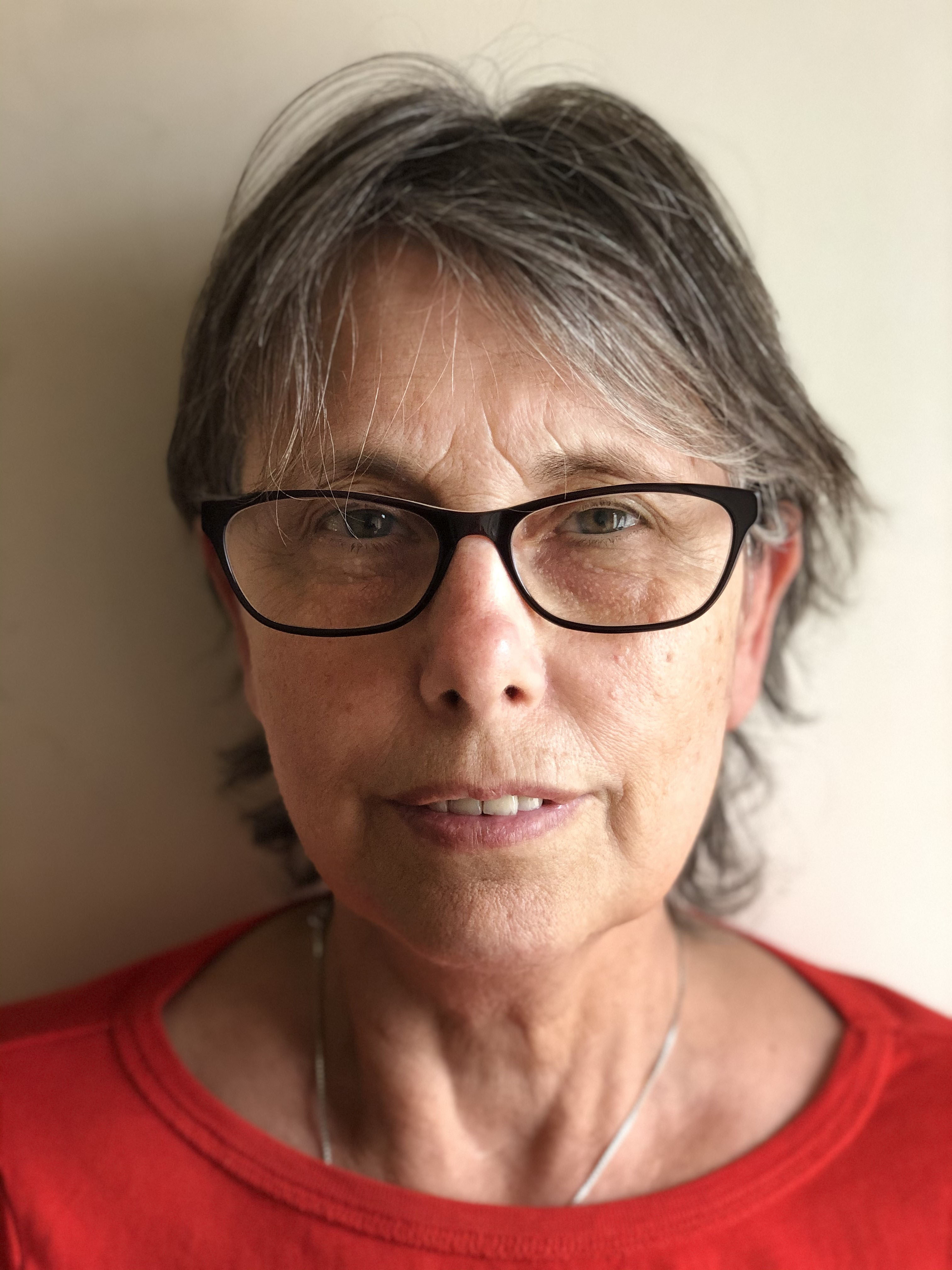 I have been teaching  since 1974 with a break of 5 years when my children were young. I have had a wide and varied career. I taught abroad for 9 years with The M. O. D in Germany and Gibraltar followed by 5 years in Italy at The European School there and then I transferred to The European School in Brussels for 2 years. I then married and returned to the U.K. I had a break of 5 years while my children were young. I then worked for “ Bedford Medical Needs”  for 8 years integrating children who had had long term illnesses back into mainstream school. I also did some similar work with excluded pupils. Following this I worked as a supply teacher. Then I worked for 10 years at Queens Park Academy teaching music,French, and R E. This school was one of the biggest in Bedford with 93% of the children having English as a second language. It was a challenging environment to work in but I enjoyed working with children very much. More recently I have been supply teaching and I also do a lot of personal tutoring which I find very rewarding. 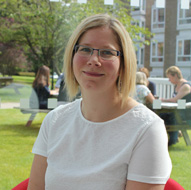 Amanda is an Associate Principal Lecturer in Primary Education at Leeds Trinity University, where she specialises in teaching English at Key Stage 2. She has 13 years’ experience as a primary class teacher, and has taught across all primary ages as well as leading Literacy and assessment. She is currently in the final year of study for a Masters in Achievement in City Schools. Her research interests include the engagement and attainment of disadvantaged students in primary school, the effects of poverty on schooling experiences and developing teachers’ knowledge of practice through practitioner inquiry.

Dr. Sue Cox is a Senior Lecturer at the School of Education and Lifelong Learning, University of East Anglia. She has worked in primary education for over 40 years, with twelve years as a primary teacher. For the past 30 years she has worked in teacher education and educational research. Currently she teaches and supervises teachers who are undertaking Masters degrees as practitioner researchers. She is particularly interested in children’s agency and participation and has worked to maintain children’s entitlement to the best possible educational experience. She is the author and joint author of several books and of journal articles in her areas of interest.