Wouldn't it be great if people were given the rewards they deserve for all the hard work they put in? I was thinking about this as we await A level results, some surprising new peerages were announced and then when the results of Highers were published in Scotland last week. In a change to the advertised programme results were based upon teacher assessments instead of exam results. Some people might say this is a much fairer way of judging a child's ability, after all the amount of hard work done over a year is probably what should be measured. Unless you do something to restrict that.

Let's look at the way grades are being apportioned. This is worked out by a computer that takes into account the school's performance last year and how well a child performed 5 or more years ago in maths and English and it seems that social factors are also taken into account with the downgraded results mostly being for children from less affluent backgrounds.

This is like saying West Ham Women's Team will be given a position in the league based on how well the men's team did last year and how well they did at hockey when they were at school and whatever happens they mustn't finish above Chelsea. 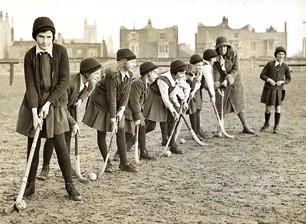 The justification for this is that it's all right because this means we won't get an overall 12% rise in performance this year compared to last.

Did anyone explain that to children and parents before they started their courses? Did anyone say it doesn't matter how hard you work, or how well you perform, we will only let about 80% of you succeed?

Perhaps a stronger argument is to condemn the results for previous years where norm referencing has blighted the lives of children and families. Perhaps it is time to abandon this corrupt rigmarole and give children the rewards they deserve.